The Selkie funded tank testing is another example of how the Selkie Project is strategically working towards the development of a streamlined commercialisation pathway for the Marine Renewable Energy Industry (MRE).  The Selkie project is a €5.2m cross-border project aiming to boost the marine energy industry in Wales and Ireland. Over the last three years, Selkie has been bringing together leading researchers and businesses to improve the performance of Wave and Tidal energy devices.  The project activity has established a cross-border network of developers and supply chain companies in Ireland and Wales and has created a set of multi-use technology, engineering and operation tools, templates, standards, and models for use across this sector.

Tidal Flyer are an Irish tidal (and river) energy technology developer based in County Clare and are the first company to benefit from the tank testing.  The Tidal Flyer device consists of a series of hydrofoil units which can be compared to a simple bi plane – except the ‘wings’ are spaced further apart to give excellent lift and travelling vertically in the water as opposed to horizontally. As the flowing water moves through the system, the hydrofoils transvers the flow and the system travels around in a loop – generating energy.  A key advantage of the Tidal Flyer device is that because of the simple smart technology, it is able to operate in low to moderate flow making it ideal for the majority of tidal and river run sites. 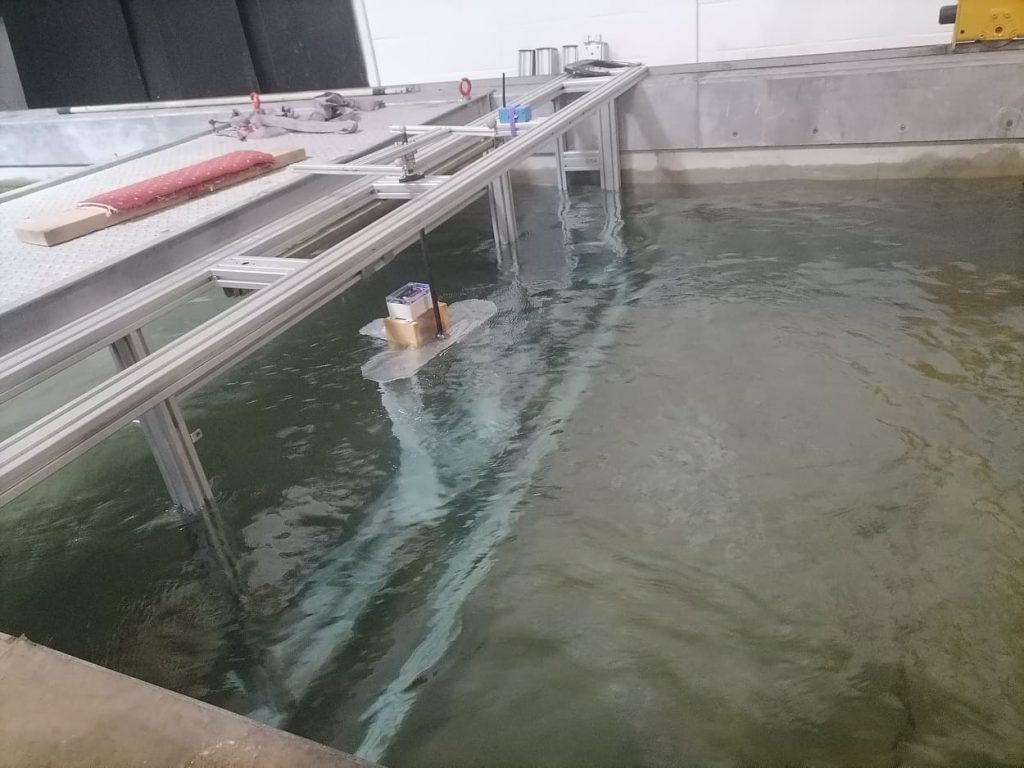 Theo Devaney, Director, Tidal Flyer said, “The testing week at the LIR NOTF was invaluable for our development at this stage; the primary focus was on wireless underwater communications looking at various radio frequencies and antenna to design the system which we are looking to develop and deploy for our next main stage of testing.  The LIR tanks provided us with a great opportunity to examine the effectiveness of the wireless control systems under laboratory conditions while being assisted by the expertise of the facility staff.  It was a busy and productive week and we learned a great deal about the design requirements of our system.”

TJ Horgan, Selkie Project manager commented, “Thank you to Selkie’s EU funding, WEFO, our consortium of cross-border partners, our project officer and to the many people who were involved delivering the Specifics. This comprehensive project was 5 years in development with funded tank testing for Irish and Welsh SMEs another benefit brought to the region.”

Dr Jimmy Murphy, Project Co-Ordinator, University College Cork & MaREI said, “The Selkie project is delighted to support wave and tidal technology developers and hope that the testing undertaken at Lir NOTF by Tidal Flyer will be an important step in their progress to commercialisation.”

Selkie are looking forward to having three other Marine energy technology developers test their devices over the next coming months.  G-Kinetic, ORPC and Marine Power Systems are among the other Irish and Welsh companies to have successfully come through the call, which Selkie ran earlier in the year.

This project has received funding from the European Union’s European Regional Development Fund through the Ireland Wales Cooperation programme.